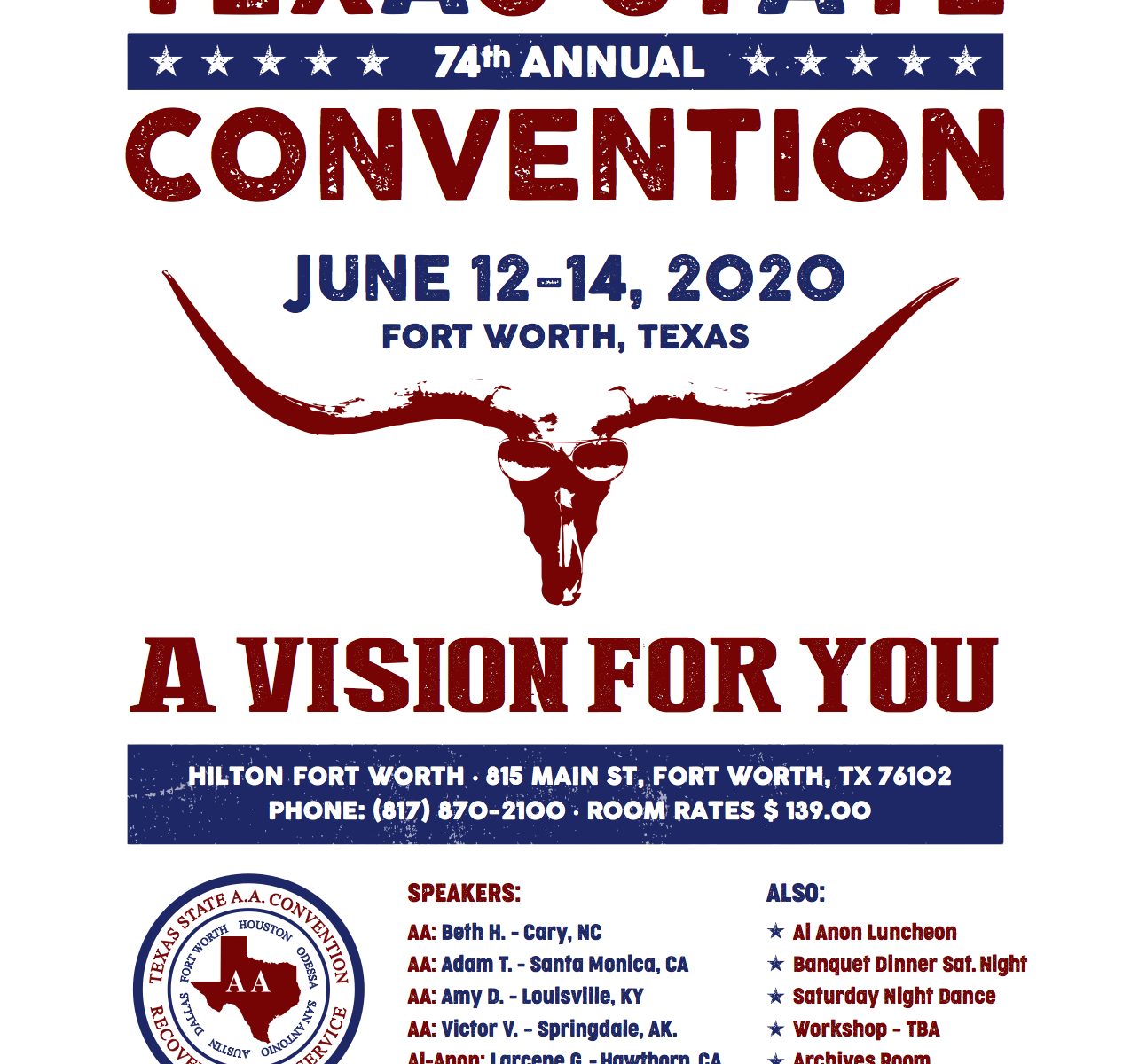 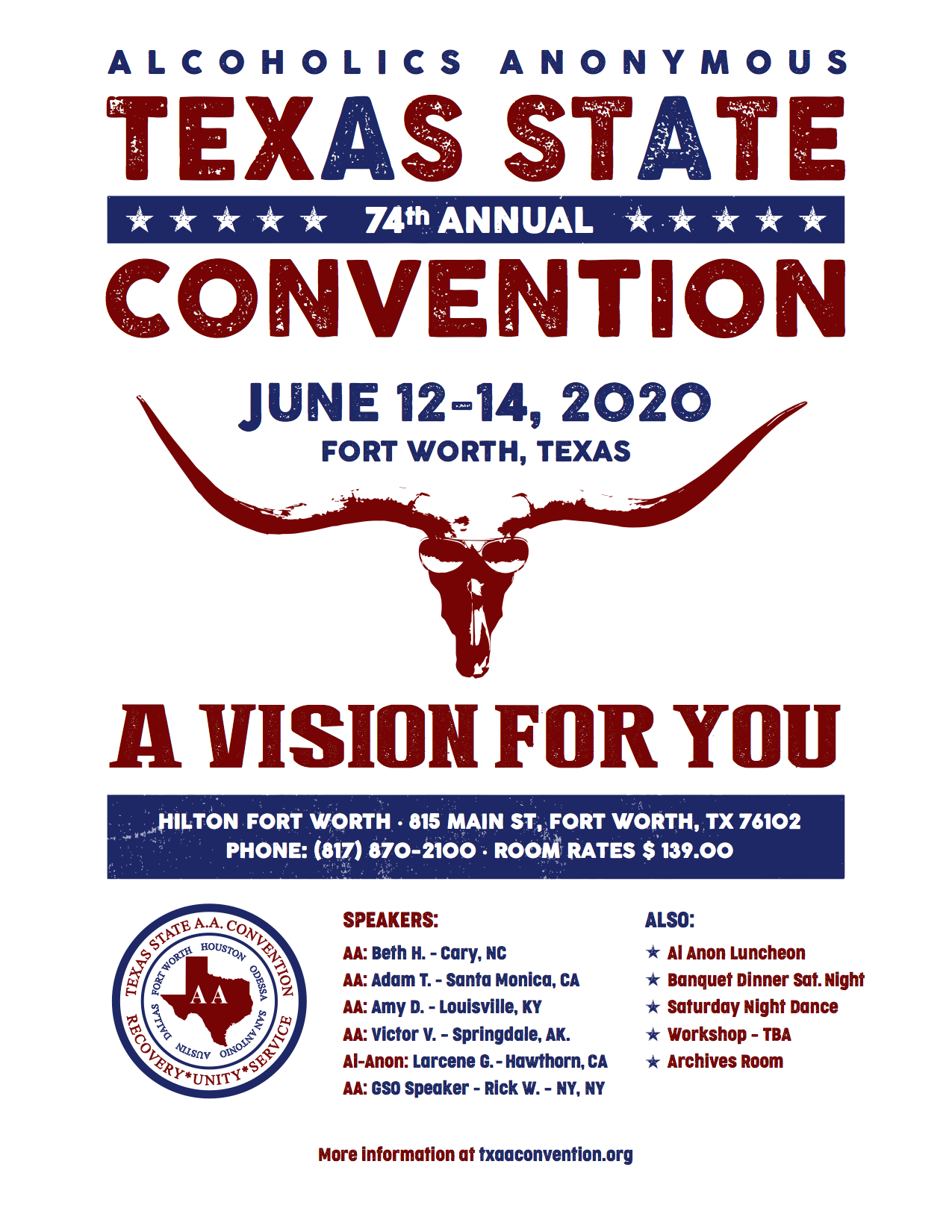 “A Vision for You”

What is the Texas State Convention?

Although they each have their own spirit, they all include alcoholics in recovery meeting new and old friends, working together for our common good, and sharing our experience, strength and hope with each other. For us in Texas this is the time when all four Delegate Areas are joined together in unity and cohesiveness. The Convention promises to be an event not to be missed! The anniversary of Dr. Bob’s last drink (June 10, 1935) is also commonly known as the anniversary of Alcoholics Anonymous. So check your calendars and join us in the celebration of Alcoholics Anonymous’ Birthday at The Texas State Convention. We hope to see you there!